News and Articles    A successful SC22 week for LUMI

A successful SC22 week for LUMI 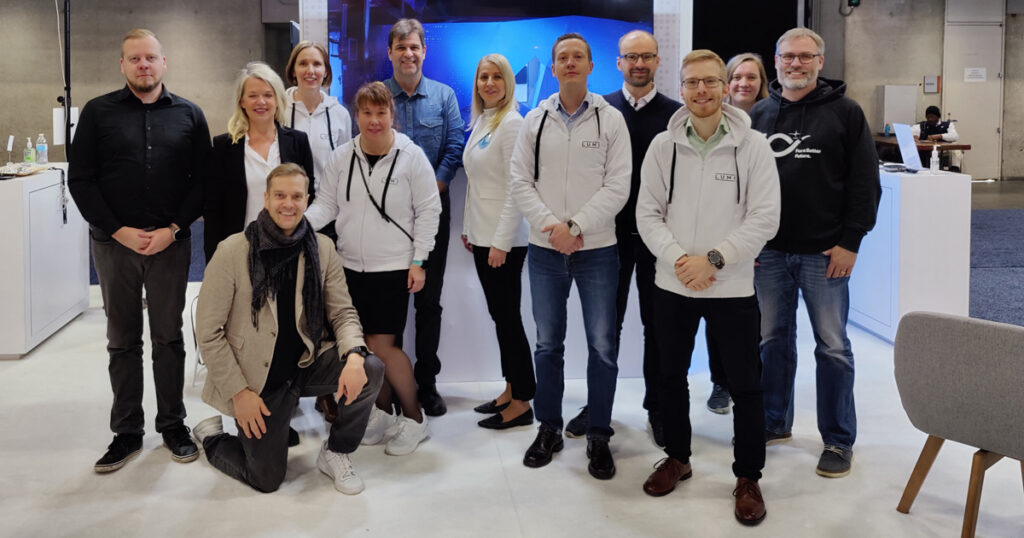 The first full-scale Supercomputing conference after the Covid-19 pandemic took place in Dallas, Texas, on 13-18 November 2022. The conference attracted nearly 12000 attendees from around the world. For LUMI, the week was busy; LUMI was also among the conference’s 361 exhibitors.

The biannual rankings for Top500, Green500, and HPCG list, plus the HPC-MxP benchmark list, were revealed during the conference. Since the last listing in June 2022, the installation of LUMI’s GPU partition had progressed further, and LUMI kept its third position on the Top500 list, being the most powerful supercomputer in Europe! LUMI still lacks some of its final capacity, and we hope the system would be in its final form in the June 2023 Top500 list. The top three of the Top500 list remained unchanged from June’s listing. The only newcomer in Top500 was another EuroHPC JU’s supercomputer named Leonardo in Italy, ranking fourth!

On the HPCG list, LUMI also remained at its number three position. This list provides an alternative metric for assessing supercomputer performance and is meant to complement the HPL measurement, measuring the capability in sparse linear algebra encountered in, e.g., computational fluid dynamics and many other simulation domains.

Most changes were seen on the Green500 list, where LUMI ranked 7th this time, as the top of the list was taken by smaller systems with either the same node architecture as in LUMI. The top spot was claimed by a small prototype system based on the emerging Nvidia’s next-generation H100 GPU. One should remember that LUMI’s energy efficiency isn’t only limited to the Gflops/Watts ratio (51.38 for LUMI, for which LUMI still received the prestigious HPCWire Editor’s Choice Award on Best HPC Sustainability Innovation); even more important than the performance per watt is that LUMI uses 100% carbon-free hydroelectric energy for its operations. Its waste heat is reused to heat up the surrounding houses in the city of Kajaani, Finland, where LUMI is located. LUMI will also have a sizeable carbon handprint.

– The LUMI consortium is extremely proud to run a supercomputer with such a small carbon footprint. We are also keen to see what LUMI can achieve on the handprint side, i.e., how it can contribute to RDI efforts looking for solutions to climate challenges. One promising track is the digital twins of the Earth that will use LUMI’s remarkable computing power to model, monitor, and simulate the impact that different natural phenomena and human activities will have on our planet, Kimmo Koski, Managing Director of CSC – IT Center for Science commented.

Even expos are big in Texas 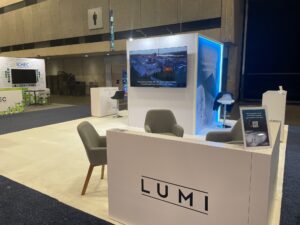 LUMI joined the 360 other exhibitors on the exhibition floor to showcase its achievements. Kimmo Koski and Justin Hotard, EVP & GM, High Performance Computing & Artificial Intelligence at HPE, kicked off our program on Monday night, followed by a small celebration for the third-place placement on the Top500 list. Our booth program featured Flash Talks on Tuesday and Wednesday. Additionally, we had experts for different subjects available to answer questions. The visitors could also look at the miniature model of the data center or take a virtual tour of the facility using VR glasses. Our attractive booth received many compliments for its openness and straightforward design and attracted a steady flow of visitors.

Have a look at the highlights video from LUMI’s SC22 activities: