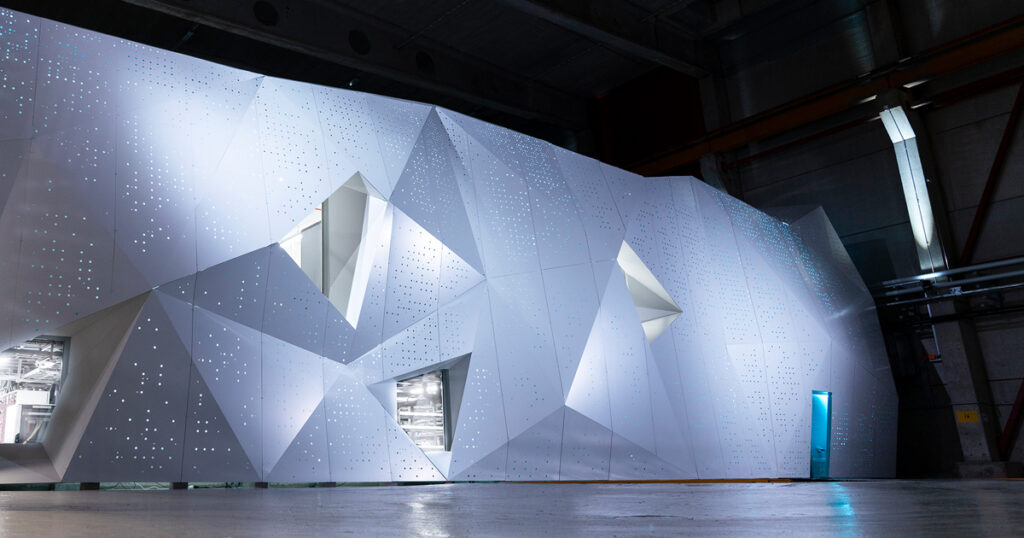 Norwegian researchers have just completed the GPU pilot phase of the LUMI supercomputer, one of the most powerful machines in the world. The LUMI supercomputer is equipped with advanced AMD MI250X graphics processing units (GPUs) and boasts impressive compute capacity. This article was originally published on the Sigma2 website.

The researchers are pleased

Mikolaj Szydlarski, a member of the Rosseland Centre for Solar Physics (RoCS) who participated in the LUMI-G pilot phase, says:
– LUMI is a fast system, and it was easy to migrate some of our jobs from Sigma2 systems to LUMI. The Cray compiler available on LUMI produced performant Fortran code for AMD GPUs.

Szydlarski also noted that the support team was quick to respond, and helpfully solved any problems. However, he also acknowledged that it will be challenging to unleash the full potential of LUMI with legacy codes. A research developer at RoCS, Maria Sazo, focuses on developing new specialised code with LUMI-G as the target system. The group is excited to run its largest simulation so far on the EuroHPC Extreme Scale Access.

Andrey Kutuzov, a member of the Language Technology group, had a positive experience with the system:
– Overall, I am happy with LUMI. The onboarding was relatively easy for those already familiar with HPC environments. The documentation available online is well-made. In most cases, the code designed for NVIDIA GPUs runs flawlessly on LUMI AMD card, says Kutuzov, who also praised the support team.

The pilot phase of the LUMI supercomputer was successful for the Norwegian pilot projects, utilising its capabilities to make breakthroughs in their respective fields.

More about the Norwegian pilot projects

In the Solar Atmospheric Modeling project, Mats Carlsson at the Rosseland Centre for Solar Physics at the University of Oslo (UiO) and his colleagues work with simulations of the sun’s atmosphere (the outer layers from which sunlight comes) and compare these with observations from solar telescopes on the ground and from space to learn more about how the sun, and thus other stars, work.

The in-house developed applications Bitfrost and Dispatch have contributed to making the research group a world leader in modeling the solar atmosphere. The applications are very parallel, which means they use many processor cores to perform calculations faster. The application developers are working on adapting the code to the GPU. This makes the applications particularly well for piloting on LUMI-G.

This is a project led by Stephan Oepen at the Department for Informatics at the University of Oslo (UiO). Natural Language Processing (NLP) is an interdisciplinary branch of computer science and linguistics that enables everyday technologies and services such as automated translation (e.g., Google Translate), human-computer interaction in spoken language (e.g., Apple’s Siri), or content recommendations and contextual advertising (e.g., on online news sites). Automated services like this are only possible through machine learning and the “deep learning” of models. Neural language models have led to breakthroughs in recent years. However, training the models, refining and user training requires enormous computing power.

Imaging of seismic data is a project with Børge Arntsen at the Department of Geoscience and Petroleum at the Norwegian University of Science and Technology (NTNU) in charge. This project aims to get detailed images of the earth’s interior using seismic data recorded on land and in the sea. We still know little about the earth’s deep inner physical processes, but progress has been made in recent years using seismic waves and tomographic techniques like methods used in medical imaging.

To increase the level of detail, a new modeling technique is used where the idea is to simulate seismic data using a comprehensive numerical model. The simulations are repeated for many sources, and the great need for calculation makes the project a good candidate for piloting at LUMI-G.

Read more how to access LUMI’s resources on the Get started section.